Roberto Saviano is an international star. His first work, Gomorra, was a thorough description of the activities of the napolitan Camorra. The book got unanimous praise, won many awards and was the source for a successful movie. But Gomorra angered the mafia, who threats Saviano's life: since then, he is forced to live under police protection. Roberto Saviano has become something in between a literary star and a national hero.

In his second book, ZeroZeroZero, Saviano describes the life cycle of cocaine, from the plantations in the Colombian jungle to its arrival to Europe and the US. Many characters cross the pages of the book. The Zetas and their savage cruelty in the Mexican narcowars. The London brokers that buy cocaine asking for an unexisting wine in their favourite pub. Mamadu, a "mule" from Guinea-Bissau that saves his "salary" for inviting girls to classy restaurants. Semion Yudkovich Mogilevich, a boss of the "Mafiya" who got rich defrauding Russian Jews who wanted to move to Israel from the USSR. Ágata, a Colombian police dog who has a 10.000$ reward on her head offered by the narcos. And yes, also the Camorra, bringing cocaine to Europe with complicated entrepreneurial networks as cover. Cocaine is global, and so is its portrait.

ZeroZeroZero is written in a very particular way. Most of the time it looks like a hard reportage, but suddenly it passes to pure narrative and then, for some pages, continues with sociological and even philosophical reflections. Saviano uses no established literary form: his books are very personal. ZeroZeroZero is the expression of the author's ferocious compromise, the product of his obsession. Saviano writes dominated by a devouring passion, the passion of rectitude, the passion for the destruction of Evil. Saviano is Ahab:

Now I know that I have the same obsession as Captain Ahab. My white whale is cocaine. She is elusive and sails all the oceans, too.

In this way, he is very much alike one of his influences, the French writer Louis-Ferdinand Céline*. They share their view on Evil: an intransigent, tireless hatred for it. But Céline helped us, poor readers who can't stand his devouring fervor, with laughter.  Unfortunately, nothing is further from ZeroZeroZero than any kind of sense of humour.

ZeroZeroZero is too much the product of a monomania to be a good book. Saviano crushes the reader with his details, his enormous quantity of data, his disquisitions. Moreover, he doesn't seem to care. In Addicted, the second-to-last chapter of the book, he confesses:

Writing on cocaine is like consuming it. Every time you want more news, more information and the ones that you found are great, you can't do without them anymore. You are "addicted" [...] That's why I continue gathering them ad nauseam, more than it would be necessary, without being able to stop.

It's only then, after completing his hunt of the White Whale, when Saviano opens his heart and talks about his personal situation, living hidden from the mafia. In the last chapter of the book we can read:

I didn't want sacrifice, I didn't want reward. I wanted to understand, to write, to explain [...] That's what I wanted. But the wound of those stories have shallowed me. For me it's too late. I should have kept distances that I haven't been able to maintain.

Saviano calls himself an heretical saint, a monster.  He reflects on what he has become: an uncomfortable hero for everyone. This part is barely connected with the rest of the book, but it's the most interesting one. Saviano's literary talent is uncommon in a journalist and shines the most when talking about his personal experience: his célinism, again.

No, I don't believe that ZeroZeroZero is a good book. Nevertheless, it brings to the light the true face of drug traffic, so it may be an important one. In any case, ZeroZeroZero has something that makes it unique: the unexpected, almost unbelievable honesty of a just man. 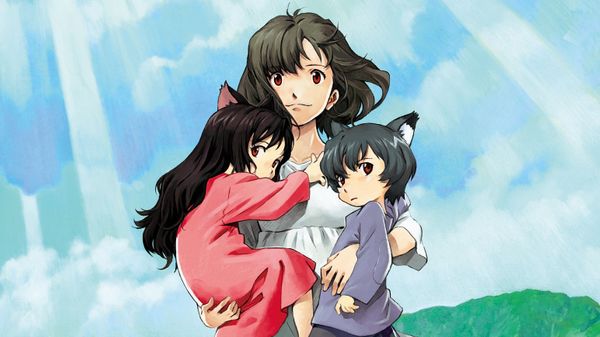 The times they are a-changin' for Japanese animation. Studio Ghibli is probably going to close, and its two lead directors, Hayao Miyazaki and Isao Takahata, are well into their 70s. Satoshi Kon, a

Café Marat
—
On the hunt of the White Whale: ZeroZeroZero
Share this