As part of a special number of Klowns Horror Fanzine on "The End of the World in Cinema", Jolanta Norbutaite and Cristian Planas had a talk about a pretty divisive movie: A Boy and his Dog, the 70s apocalyptic flick. Continue further for a conversation on feminism, dystopias and cute dogs.

Cristian: 1975's A Boy and His Dog. A movie based on a rather famous novella by Harlan Ellison. The novella won the Nebula Award and was nominated for the Hugo, the two most important awards in literary science-fiction. It's about the adventures of Vic (Don Johnson), a teenager, and Blood, his telepathic dog in a post-apocalyptic world after World War IV.
A boy and his dog is not only known for the fame of its literary author, or its own cinematic virtues. It's considered a misogynist film: in its time there were even protests against the movie by feminist groups. And... I think we can agree that the movie is, at least, problematic in that regard.

Jolanta: I am not surprised that the movie raised protests by feminist groups. It should have been boycotted and did (does) not deserve a cinema screen. It is like a slap to the face for any woman, full of misogyny and man's chauvinism. The movie focuses on a male character, a solo, whose main target is to get sex, through rape. The movie starts with a conversation between Vic and his dog Blood, where one complains about needing food and the other about needing sex. In this dystopic world where everyone needs to fight for a shelter, food, and survival, all Vic wants is to satisfy his sexual urge, by any means necessary.
In one particular scene, we are shown a naked dead woman's body. To this, Vic complains: "They didn't need to kill her, she could have been used at least a few times more". Women in that world are just tools, screaming bodies to be hunted, raped and killed seemingly for sport.

Cristian: I basically agree with what you are saying. However, I want to point that my problem is not so much with the movie depicting violence against women: you could do exactly the same, but denouncing it. Mad Max: Fury Road does exactly that in a very similar context. A Boy and His Dog is problematic because of its tone: in the first two-thirds of the movie, the film works as a buddy movie, with a slight comedic tone. Moreover, despite the fact that the movie implies that the main characters have murdered and raped, it's much easier to empathize with Vic and Blood than with Quilla, the woman. In fact, this character becomes some kind of a villain in the last third, which introduces us to a very different kind of dystopic society. What did you think about the last section of the movie?

Jolanta: In the first place, I can understand the existence of violence against women in the movie; after all, it is a dystopia. However, apart from this, the general tone of the movie and the portrait of women in it are very problematic. If in the "surface world" (the one of the first two thirds of the movie) women are raped and murdered for pleasure, in the "underworld" (the one of the last half hour), women have a reproductive use; in one scene, a group of female teenagers are waiting in line for their turn to be inseminated.
Quilla, the main female character, is a good example of the movie ideology. It is the only women that is not raped, nor is waiting patiently her turn to be a mother; she has its own will. Unfortunately, the movie depicts her as a selfish, stupid and manipulative person. She uses her body to seduce Vic; in the beginning, we are made to believe that she enjoys him; however, it's just part of her manipulations. And it gets even worse: in the last act, Quilla has a group of followers, which may have been seduced in the same way. It's absolutely impossible to empathize with her.
Ironically, the only character which has everyone's sympathy is Blood, the dog; he is smart and funny. However, even the dog is a misogynist: Blood sees a danger in Quilla. And in a certain way, Blood is right; Quilla is interfering in the "bromance" in between Vic and Blood. For Blood, Quilla is a villain that is not only putting their lives in danger; she is forcing Vic to choose her in place of his companion and friend.

Cristian: The dog is wonderful. I understand that his "performance" is mainly produced by the dubbing and the editing, but nevertheless, it's memorable.

On the misogyny issue, Harlan Ellison always considered that the problem was not in his novella: the responsible was L.Q. Jones (the director). In particular, Ellison complained about the joke that ends the film; a joke that does not exist in the novella. He believed that this had caused the protests against the film. You and I have read the novella; do you think that Ellison was right? In my opinion, not at all; the movie changes slightly the plot of the novella, but it captures really well its tone. It is true that the final pun (which we won't reveal) empathizes more the plot's misogyny, but it is also true that this ending is absolutely congruent with everything that has happened before.

Jolanta: I don't believe that the novella's ending is less insulting than the one on the film. I actually think the opposite: the novella underlines even more the election in between the female-man relationship and... let's call it "the bromance". These are the four last sentences of the novella: "It took a long time before I stopped her calling in my head. Asking me, asking me: do you know what love is? Sure I know. A boy loves his dog". I can't even think of anything more "bro"! 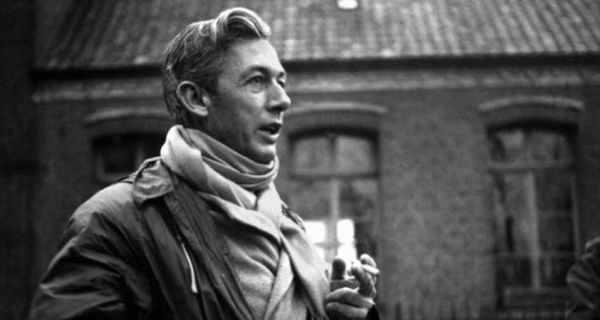 In this article, I propose a division of Bresson's works in two antagonistic blocks, one that shows the spiritual struggles of the French filmmaker. 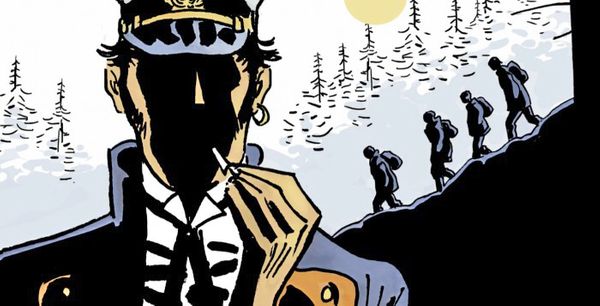 If I had to define Corto Maltese, I would call him the ultimate romantic hero. Corto, a comic character created by Hugo Pratt in 1967, represents the most beautiful heroic ideal: the caring

Café Marat
—
A boy, a dog, a girl: a conversation
Share this