If I had to define Corto Maltese, I would call him the ultimate romantic hero. Corto, a comic character created by Hugo Pratt in 1967, represents the most beautiful heroic ideal: the caring cynical, the honorable rogue, the unrepentant globetrotter. His adventures, in the first decades of the 20th century, bring him to the most exotic places in the most interesting moments: Siberia during the Russian Civil War, Arabia during World War I, Ireland during the Irish War of Indepencence... and Venice, always Venice. He becomes a friend of Jack London and Stalin, Butch Cassidy and Ungern-Sternberg. Corto's comics are travels through time, full of erudition. High literature.

No more Corto's adventures have appeared since the death of Hugo Pratt in 1995. And now, 20 years after its author's death and 27 since the last Corto story (Mu), we get a new album: Under the midnight sun. This new Corto Maltese is in the hands of the spaniard Juan Díaz Canales, the creator of the acclaimed series Blacksad.

How does it perform this new adventure of Corto, more than 20 ans après? In general, surprisingly well. Díaz Canales recovers the most adventurer Corto, with a story that feels like a sequel to La Giovenezza, one in which Corto's friendship with Jack London is the main reason behind the plot. As in any adventure of the Venetian sailor, we find many historical characters crossing their paths with our protagonist: Matthew Henson (the first African-American Artic explorer), Waka Yamada (a pioneering feminist) and many others. The story has multiple historical references, but Díaz Canales has been able to avoid the excessive erudition of some Corto's albums, like Fable of Venice or The Helvetics. It's fortunate that, like in the case of Jack London, Pratt's easiest to imitate works are the best ones.

Another of the virtues of this new Corto is the modernization that Díaz Canales has been able to carry away. Corto's morals are more progressive in this album. There is one subplot facing a German proto-nazi scientist against an African-American explorer and an Inuit scientist. And the main plot revolves around Corto fighting the prostitution mafia, like in Tango. The violence -always present in Corto- is more brutal, with multiple murders in cold blood and surprising deaths.
The drawing, by Rubén Pellejero, works perfectly well, feeling very close to Pratt's, but still not a copy.

Díaz Canales first take on Corto is really good, but it still falls short from the best Pratt. Technically, there are some issues with some ellipsis, that feel accelerated and awkward. And despite its good intentions, the adventure lacks the exacerbated romanticism of the best Corto: The Ballad of the Salt Sea, The Celts or Corto Maltese in Siberia.

At the end of the day, one question remains: does this Corto reappearance deserve to be continued? Certainly so. One should understand this Under the midnight sun as the first contact between a new author and a legendary character. The relationship looks promising. Let it give us more satisfaction. 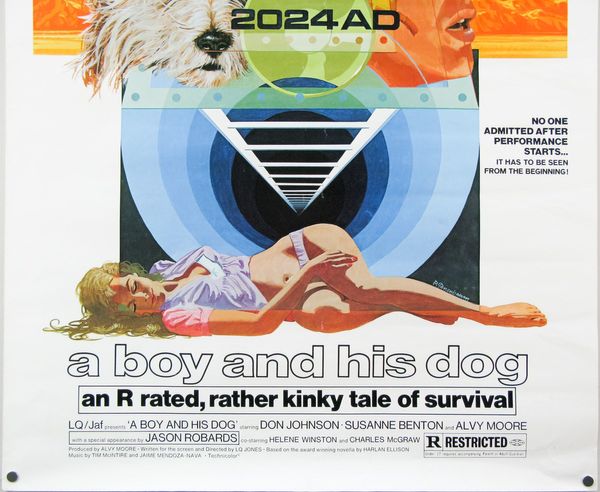 As part of a special number of Klowns Horror Fanzine on "The End of the World in Cinema", Jolanta Norbutaite and Cristian Planas had a conversational review of A Boy and His Dog, the 70s apocalyptic flick. Continue reading for a debate on feminism, dystopias and cute dogs.

In Spanish media is very popular to make many arcane assumptions about the Eurovision Song Contest. The most popular -beyond the obvious alliance of neighbour countries- is the importance of the order of